The Volkswagen Sound Machines is an interactive installation for an audience to create soundtracks by arranging their own music piece and make music together. Sounds are mixed simultaneously by several people through the use of graphic records. Three units, which are resembling standard record players, translate concentric visual patterns into control signals for further processing in any music software. The rotation of the discs, each holding three tracks, can be synced to a sequencer.

The Soundmachines premiered on the Volkswagen New Beetle stand at the IAA motor show in Frankfurt. In cooperation with the sounddesigner/producer Yannick Labb of TRICKSKI fame, we developed three unique discs, each controlling one track of an Ableton Live Set exclusively made for the Event. The show was supported by a set of realtime generated visuals, running on a 25m wide LED wall. Soundmachines were developed together with Syntop, Berlin 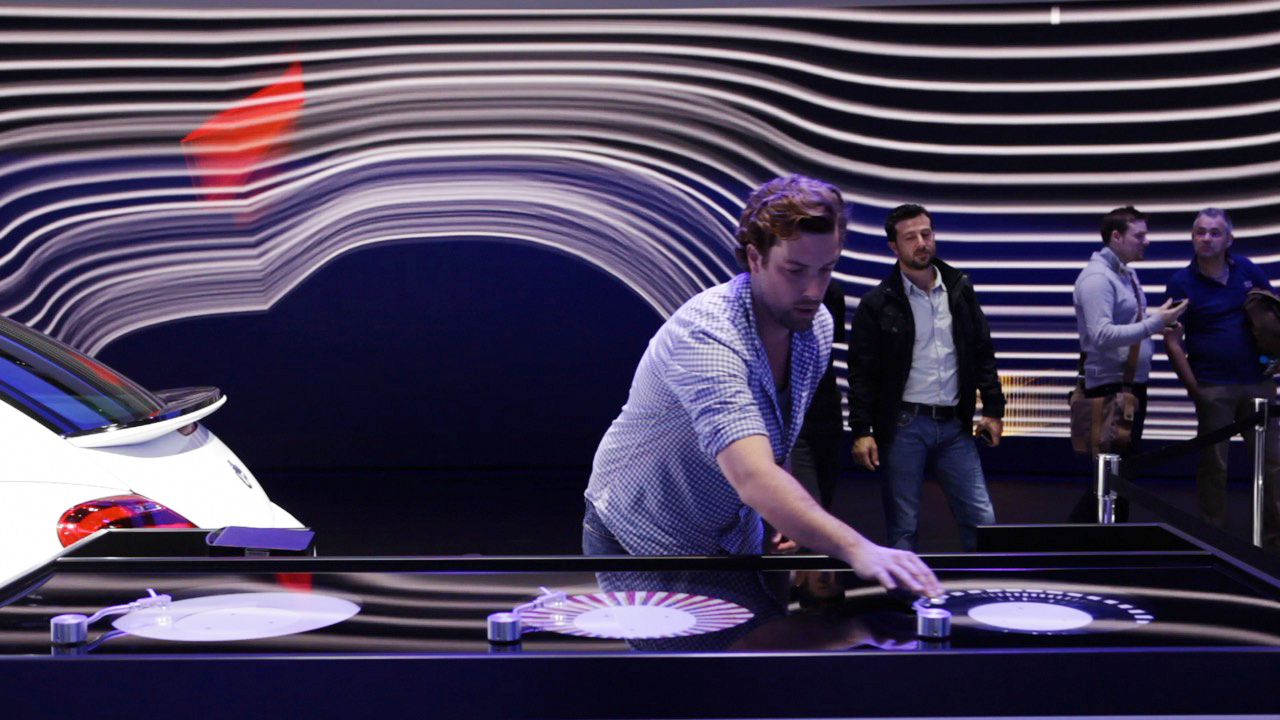 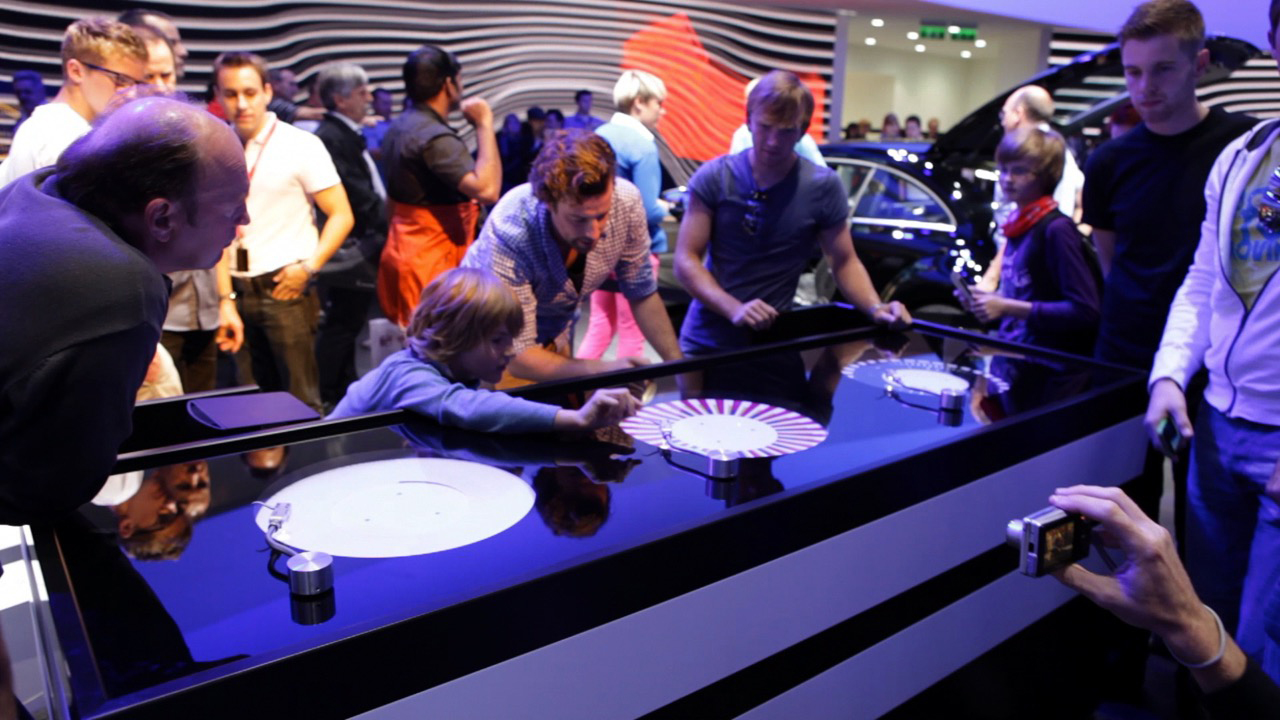 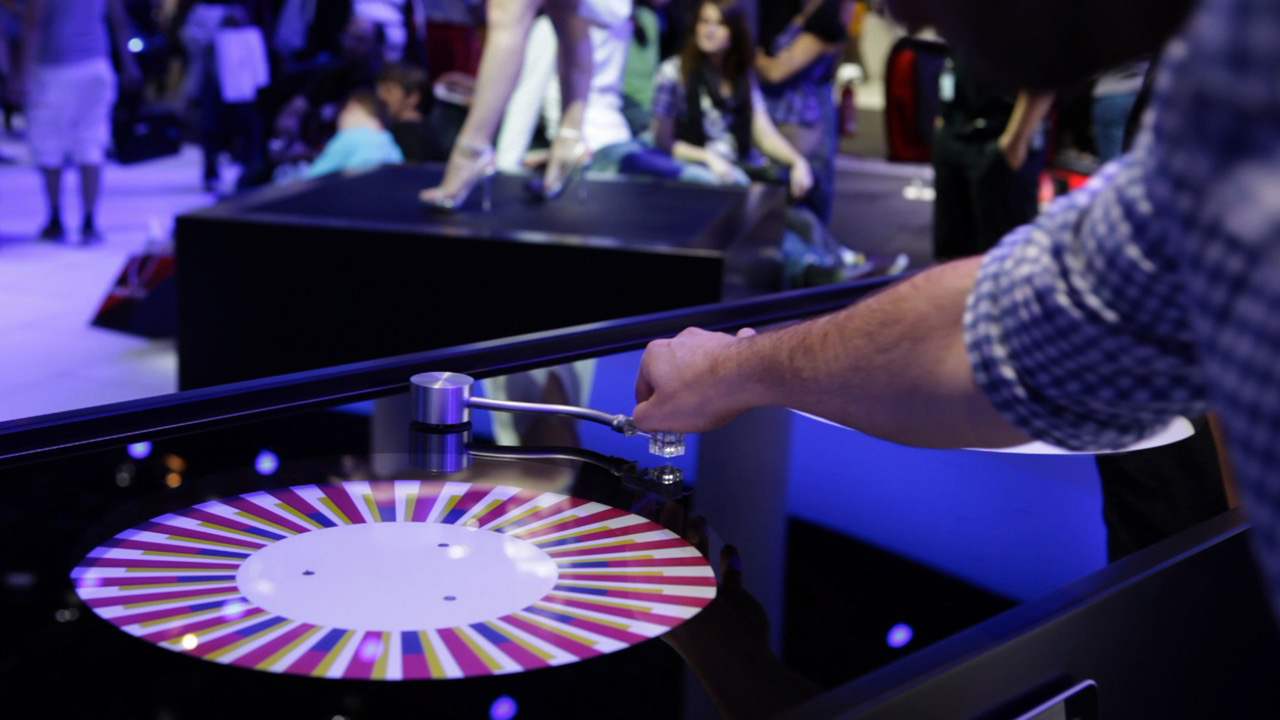 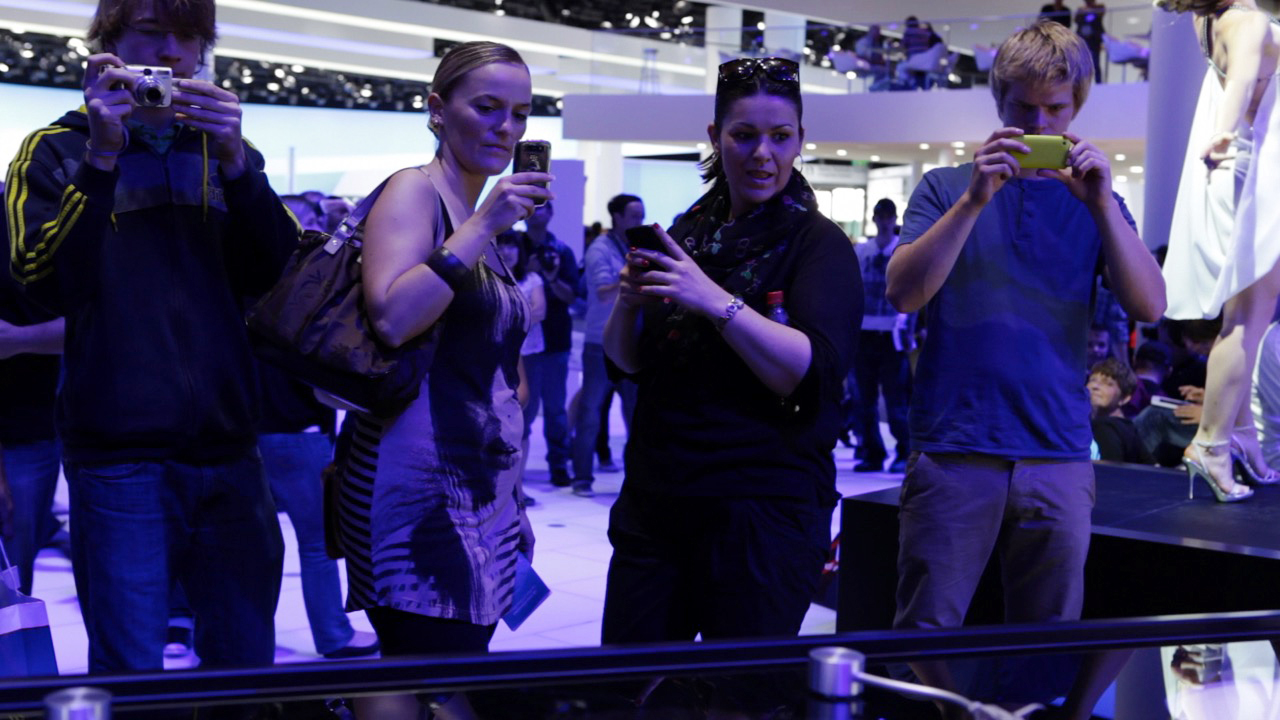 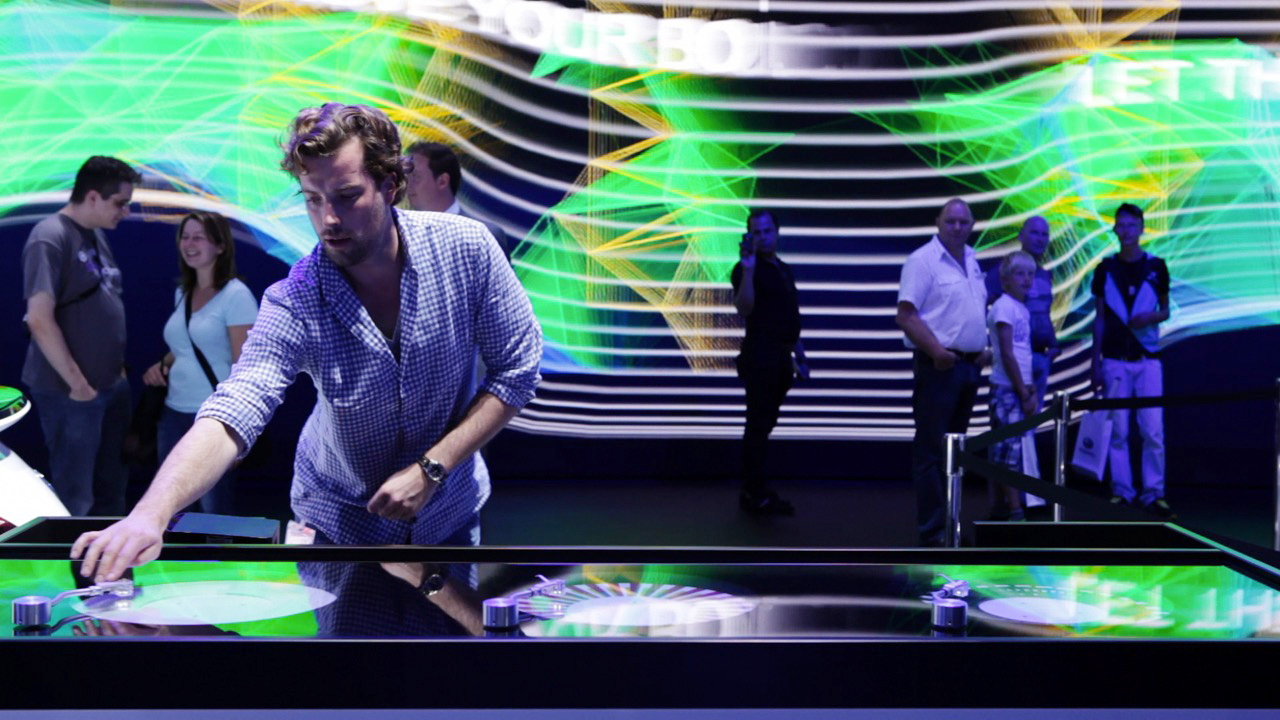 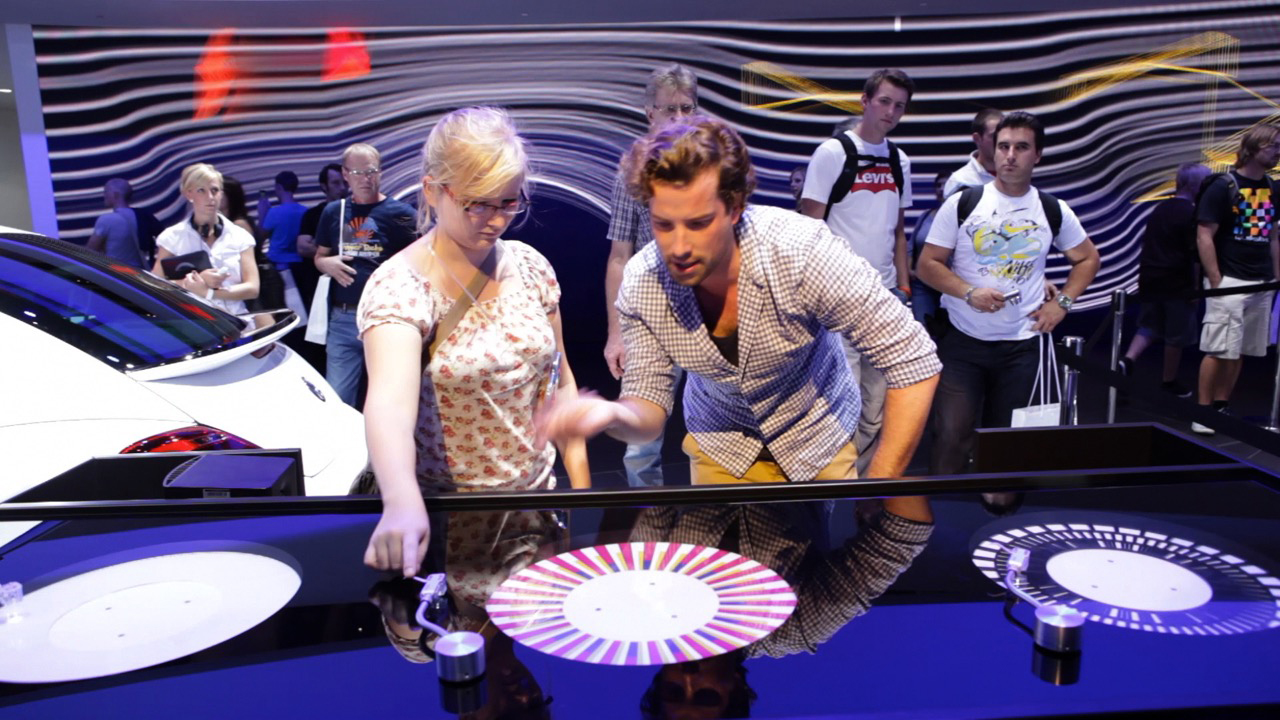 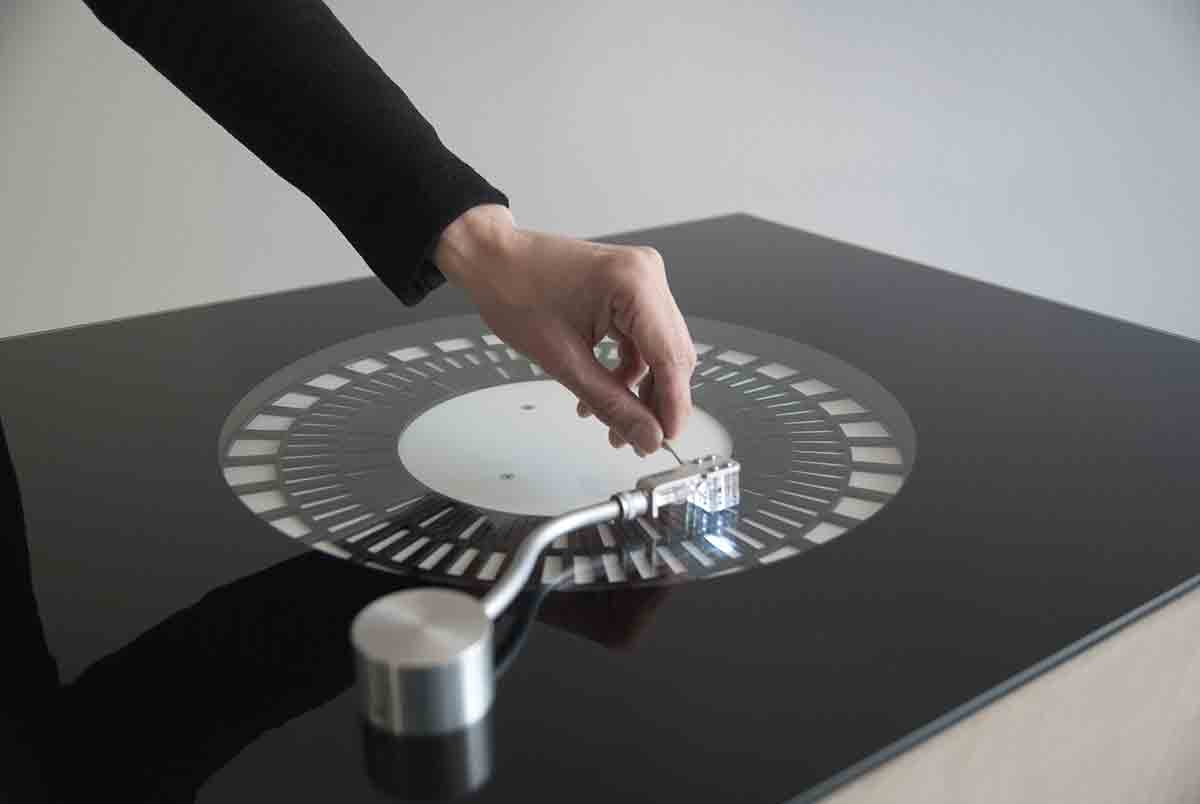 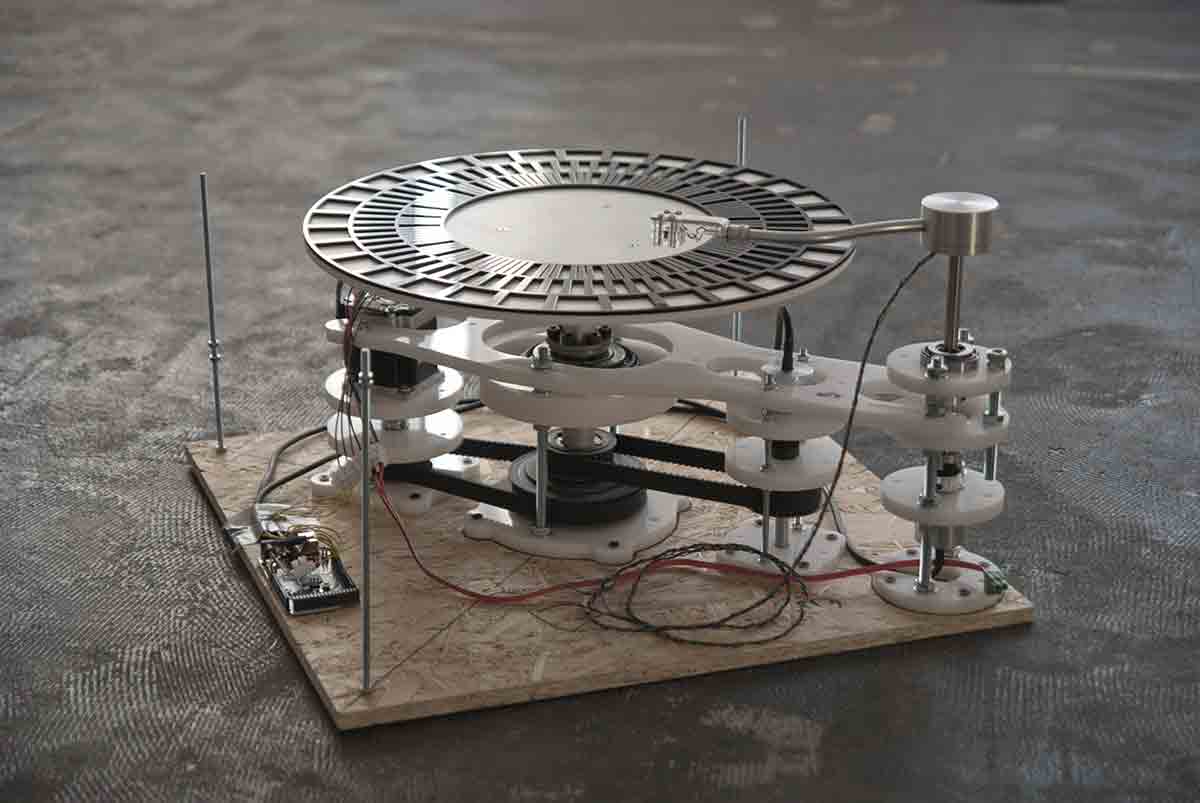